The National Voice of Land Surveyors is Right Here America!

In the following article "Evolution of a National Voice", Wayne Harrison, NSPS president, emphasized the need for a national voice. “National issues touch all surveyors. Public, private, topographic, boundary, layout and many others all have national tones. ALTA standards, qualification-based selection, academic accreditations,
real estate settlement survey issues, GPS height modernization, letters of map amendments (LOMAs) and many more issues are all dealt with at the national, not the state or local level. These issues won’t go away, and some organization will deal with them nationally for the surveying
community. The question is which one?”  Of course, my suggestion is Land Surveyors United, but i'd like to know what you think in the comments after this short discussion. 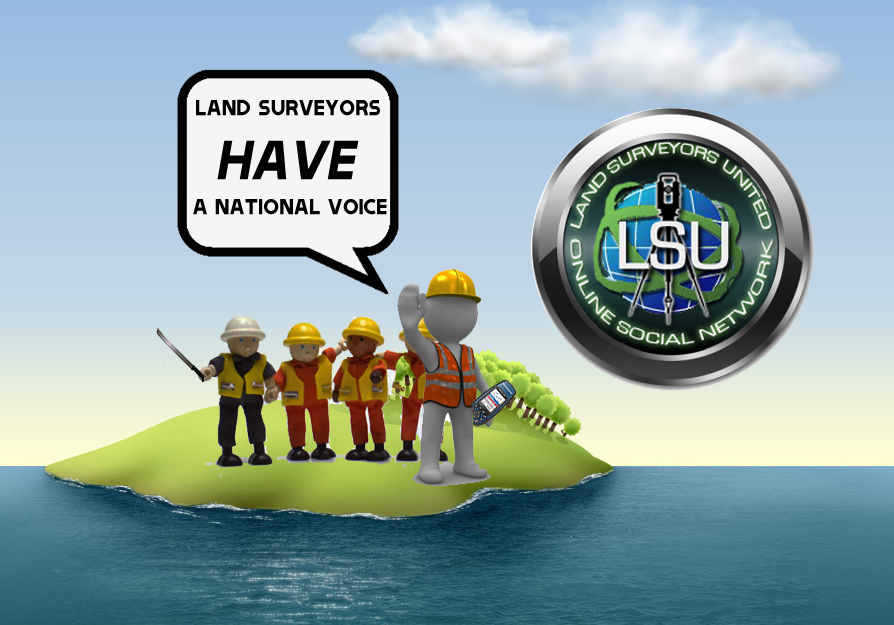 Do These Guys Know How to Use a Search Engine?

Correct me if I'm wrong, but everyday of my life for the past 2 years, I have seen the real evolution of a national voice for surveyors, every time I log on to Land Surveyors United.  Perhaps ACSM and NSPS never anticipated that somewhere in the future, land surveyors would be able to learn how to use the internet from the field or begin using social media to solve their problems in the field.  Perhaps they never saw far enough in the future to realize that print media advertising would die when everyone begins using the web to find news.  Maybe what they thought their monthly printed bulletin would always be the lifeblood of the industry in their state and that there would always be enough land surveyors in the area who could afford running quarter page ads in it to support the needs of the state.  I'm sorry to break this to you guys, but those days are gone.  In fact, print publications are starting to panic and beginning to do everything they can (at the expense of anyone and everyone) to implement some sort of social media agenda into their business model, even if it means stealing from networks such as this one.  Its time to wake up the leaders of our state organizations and clue them into the ways of the present, so that they may properly plan for the future-so that all of us are able to survive!
According to NSPS Past President John Matonich, “It is very important to note that the action should make the future a high priority. We don’t have the luxury of time to plan for the best organization possible to evolve as the new national voice of the surveying profession and to be
the best vehicle to serve our profession and our members, both current and future.”
In another report, that the current organizational structure of ACSM lacks “strategic direction.” It recommended the formation of one industry-wide membership organization that would include all of the member organizations as special interest groups as well as state and local pieces of NSPS. And again, this is what I am talking about.  Did you know that every major publication about land surveying has a member on LSU, hiding and watching its evolution?  You may not know this because they register under clever aliases, but believe me when I tell you that they are here and they are reading this right now.   They wish they could speak as freely as you can, but they can't.

On LSU Land Surveyors Have an International Voice Too!

There's an age old saying in the field of evolutionary biology which sums up this current situation quite nicely.

"No matter how hard you try to separate an organism from it's background (environment)- if you succeed it is only in your mind.  The moment you attempt to isolate one from the other, they both die."

Having a national voice in this day and age is simply not enough.  We must have a national voice(s) which speak from an international perspective. I am of the opinion that land surveyors have (for as long as any of us can remember)  been gradually separated  from much of the information and support that is needed to operate in our environment effectively. Whether it be support manuals, user guides or comparison documents, these items have been made as difficult as possible for you to find without paying someone, either by lack of knowledge or on purpose.  That is to say that the more advanced our technology gets, the more we are forced to rely on the producers of said technology, only to find that real support (ie our tools for survival) have been commodified to such a degree that it has become its own set of technological hurdles and thus, can only be acquired by those who can afford it.  If we were hunters and gatherers, it would be like a city person setting up shop in the woods trying to sell us instructions on how to hunt with a metal sticks, but first selling us the metal sticks.

My Thoughts on the Subject

As I have mentioned at length in the past, I built LSU to provide a podium from which industry professionals can speak without fear of losing ground.  I have put myself in the position of protector and guardian of the rights to free speech on this platform and excluded all advertising agendas thus far in order to inspire those with a voice to speak up.  I have no one that can tell me what kind of content should and shouldn't be on this network (unlike some industry platforms) and I intend to let both the national and the international voices of the land surveying industry be heard!  I want to hear what the nation needs to hear from you in the comments section below, but first, something to chew on. 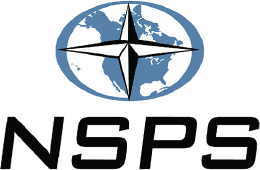 Something to Chew On

If state associations are having such a hard time engaging with their members, i see no reason why we couldn't host satellite groups for each state here on Land Surveyors United. The platform is here and although I haven't emphasized the power of the "Events" feature as much as I should, it would be no trouble at all to add state based events calendars to state based groups and would only increase participation throughout. Not to mention, all of this content doesn't even have to 'live' on LSU. It can be imported into the state group's page via RSS or iframe. In the long run, I believe that if these association leaders would take the time to look at LSU as a possible answer to these national (and global) issues in the industry, perhaps they will see the light of this truth. A platform such as LSU which is unregulated by advertising agendas and money governed bureaucracy is truly the only place where surveyors are going to feel comfortable enough to discuss what they find wrong and hurtful to their profession. This is an idea that I have had for quite some time (although I'm sure someone will try to copy it as their own) and several state association leaders have expressed excitement in this idea, but we cannot have just a couple of states, as it may promote a sense of separatism among the states. We need all 50 states and ultimately representation of all political states across the globe (which you can see I have attempted to put into motion long ago).
If you have any thoughts regarding this or have a direct line to the president of your state regulated association, lets chat about it.

I would like to know anything that Land Surveyors United members have to say about this current state of affairs in the industry. Do not be afraid to rant on this subject, as it is probably one of the most important in our life time.

Further reading on the subject:
NSPS to Withdraw from ACSM?

Started by Amarsanaa Erdenebileg in Surveying Equipment and Software Talk 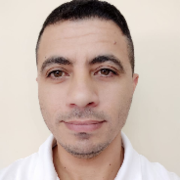 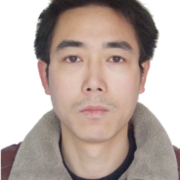 Surveying equipment made in China

Started by 康斌 in Introduce Yourself to the Community 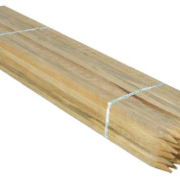 Where do you buy your survey stakes from?

Started by Henry VandeSype in Surveying Equipment and Software Talk 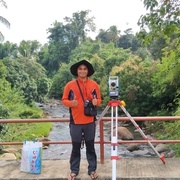 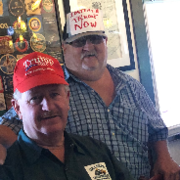 Started by Richard Gillespie in Surveying Equipment and Software Talk 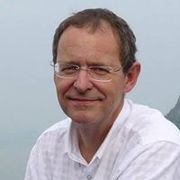 RTK and POST-PROCESSING GNSS for free

best calculator in the field Started by P. Dobson in Surveying Equipment and Software Talk