The End of an Era for a Special Land Surveyor Community

We received some genuinely sad news this week as POB begins the shutdown of the original RPLS network, started by pre-social media pioneer Mark Deal.  The RPLS Network began in the 1990's with Deal's vision of a land surveyor community meant to bring together land surveyors across the nation in order to share tips and insights into land surveying.  Countless hours have been saved in the field by thousands of land surveyors over time and through the various versions of the RPLS Network.

The RPLS Network was never perceived as a competing community for Land Surveyors United, but rather a source of inspiration.  My dad used to use the early i-board version of the site to help his customers troubleshoot problems, daily.  When my father and I began building Land Surveyors United in 2007, a couple of surveyors wrote me to ask if I knew Mark Deal or if I was possessed by his spirit.  Sadly, I did not know Mr. Deal but when I was a land surveyor in the late 90's, i found his discussion board to be extremely helpful in my fieldwork and learning process.My admiration for his work only grew when I began building this site for my dad, Skip Farrow.    I always imagined the two of them would be great friends if given the chance and perhaps they are in heaven looking down on and supporting land surveyors today.  In the end, although this community was born and inspired from a different set of challenges facing land surveyors, the goals of unity and professional solidarity run parallel.  POB has truly done a great job keeping his vision alive over the years and it is truly a sad day for land surveyors across the United States and beyond. 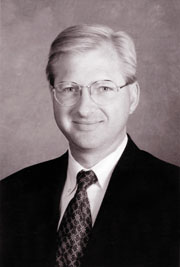 Going forward, let's remember the words left behind by Deal said about his RPLS Network.

“The board offers a tremendous potential for learning,” Mark said of the board in 2000. “Often, surveyors in small firms don’t get the opportunity to discuss issues with other surveyors. The board provides that opportunity. That’s its greatest value.”

Here at Land Surveyors United, the goals of community solidarity and potential for learning are not only tremendous, they are endless.  As a true social community, our greatest value can be found in the next thing you share with your fellow surveyors.  One of the many differences between RPLS Network and Land Surveyors United is of course that we are an International Community of Land Surveyors.  It can be said that although some land surveyors prefer to network only with other surveyors from their region, we have always felt that an international community provides the highest learning potential in the modern age.

I can't help but wonder if Mr. Deal would have extended the reach of his community worldwide if he were still around.  The RPLS Network will truly be missed.

Thank you to POB Magazine and Mark Deal, RPLS (1963-2002) for providing such a valuable resource for land surveyors for so many years.  Your shoes will never be filled.

Some 55 per cent of companies reported being “back to business as usual,” and 19 per cent back into ...
See More

JP Engineering Recruitment - Luton - Our client has over 20 year's experience and pride themselves o...
See More

A new hotel survey not yet released to the public shows a grim prediction on what hotel operators be...
See More

It is no secret that one of Land Surveyors United Community's primary missions is to help Land Surve...
See More

Your success is a train ride away.Amtrak connects businesses and communities across the country and ...
See More

The double challenge posed by the global recession and automation could cause huge shifts in the wor...
See More
More…
Loading ...