Time does fly and most of time i can't catch it, but today I found something worth sharing. I had forgotten about my old account over on Merchant Circle that my son set up for me during the darkest times of 2007-08.  When construction went bust, so did my local business built from the ground up in Charleston.  But while this was happening, Justin began working the hardest to help keep me up and build something positive which could unite all of the surveyors....not just the US, but of the world.

Justin had finished the College of Charleston with honors in Anthropology, he had also worked beside me his whole life in what ever i did...from Art,Reprographics, and Surveying. Plus he worked on a crew with South Star Surveying, owner Elliott Quinn, for about a year and a half just before college

But at this time he had gone to New York to work on a Masters in Anthropology, when during a short visit to Charleston turned into a 3 year stay. No degree in computer science, but being the master researcher he is and communicator, and his ability to communicate with anyone, along with some friends from Google.He sat in the back of our building in the calibration repair room, started building and connecting Palmetto Equipment to the internet. It was very quick that Palmetto Equipment was epitomized and known by the search engines...our website was showing up all over the world. From morning until late at night we were being found on the internet from everywhere. All this growth we see now in Brazil, Poland,South America, the Middle East.....we were filling it then, back in 2008..I'm talking about my email filling up, and phone calls from around the world, and around the clock.This was so unbelievable, it was hard to explain to others just what we were doing. We became one of the very first to sale on EBay, Justin and Craig from craigslist were communicating regularly, as Craig was starting up Craigslist.com. This is just a few of the events taking place in early 2008. We felt the direct effects of the world starving for knowledge and help, desperate for support and not just the United States So as my local business was sinking, we were working harder helping others.on thing like how to design a profile for a road in the Himalayas, Poland, etc. for just one topic. Justin and I were gassed, his knowledge he had gained in college about cultures of the world sure was handy when becoming a world support center.The scary part was I didn't know everything,.. so where to gain the knowledge.(this is another blog, named "It's more blessed to give, than it is to receive."

The strength of a global network of professionals who face similar challenges, yet are regulated by laws that differ geographically, we started to think,  could just be the  thing which helps everyone involved.   But we need to remember that in 2008, it was considered a weird idea in the US (online and in print) to wanna build a global network or start a community for a worldwide audience of surveyors because no one knew how to market to it. Much less, if starting a global market most would start small like a local market then grow to a global market. just the opposite for us, Our market was global before we knew it. That wasn't the mission.though.  The goal was to provide a level playing field where the students fresh out of school could mingle with the old guys and swap notes, where a guy or gal could track down a manual for equipment no longer supported or be the first to know when an upgrade for their software has been released.  Surveyors needed a place to find on demand support for questions which can only be answered with experience and with experience comes expertise and with authority which can be built through shared knowledge comes ageless reputable advice and wisdom which becomes our legacy we leave upon the world.

The logo pictured above was Justin's first version of the LSU logo and the text pictured here was I believe the first time he began to mention 'Global' in the subtext, which was somewhat risky as it distanced our community from everything at the time Trade-rags magzines hadn't yet gone social and mostly catered to the guys who could afford the new innovations in tech and for this reason would rather ignore that such a thing as LSU exist, hoping we'd go away.

Search engines and online brand loyalty were not among the top priorities for equipment manufacturers, local boards and associations , definitely not for the owner/operator or small company owner just trying to get by with what he's got to work with.  History shows that 2008 was the year my son became serious about initiating a process of change, LSU something that he would always say when I ask him what he wanted to do when he grew up "Change the World" and he did not only for me his dad, but for a very specific niche of the human population.  This change would bring about a gradual shift in the lives of those who contribute to it, give back to it and promote it, if not for any other reason than professional development. He took the path of most resistance and despite the fact that many of the big guys still have not yet publically ackowledges all of the good that LSU has brought to the industry and the socialization of their products and brands, you can bet your farm that they follow @landsurveyorsu on twitter and elsewhere.   Without asking for a dime in return,Justin has selflessly devoted his time to promoting brand awareness for respectable entities, many times better than the brands themselves. He built a place to solve problems with equipment that the manufacturers won't even support and most dealers lacking  the knowledge  of equipment which doesn't pay the bills, can't resolve and won't try.  If you happen to work for a local society, board or a brand represented in our groups, just ask for the analytics for the past few years and you'll see a lot of traffic to your site has come from pages on this community bringing awareness to your resources, products and guidelines, unmonetized.  Every entity represented equally, giving everyone equal opportunity to promote their goals. LSU was not your classified ads for equipment, nor a site that was supported by a brand of equipment or software,nor does it cost you to join or remain a member for a life time. Nor was it designed for Justin and I to be wealthy.it actually has been a passion and a lifestyle to continue building and support as large as it is.More to come on the growth and development of LSU

Anyway, i came here to share something .I just stumbled across a time capsule from December 7 2008, written in my Merchant Circle Blog, entitled "Land Surveyors United is the Fastest Growing Network for Professionals", addressed to the founding members our community, then comprised of a grand total of 200 members.  At the time, that was rapid growth, as most of you guys were not even using the web yet and social media was still in its primitive stages.  The mobile revolution was on it's way and there was a lot of confusion in the surveying industry.  A LOT of surveyors were out of work, but our Surveying Jobs board wouldn't be invented until 2009.

It just shows how consistant the mission and growth of our network has been since 2007. The good of a social support community flows and flows.

Negotiable salary, flights, accommodation: T.E.D. Recruitment Ltd: I am now seeking a construction Buyer to support the team working on the construction of data centres and other projects in Oslo, Norway and elsewhere in Europe. Norway, Oslo
See More

£500 - £600 per day: Michael Page Property and Construction: I am currently recruiting for an Interim Development Manager to work on a housing scheme in central London to transform a car park into a c. 250 unites to lead on the procurement of a…
See More

Negotiable: Beach Baker Property Recruitment: Beach Baker is delighted to be working with a national consultancy who are actively recruiting for a Building Surveyor specialising in Projects. This England, Bristol
See More
More…
Loading ... 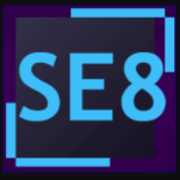