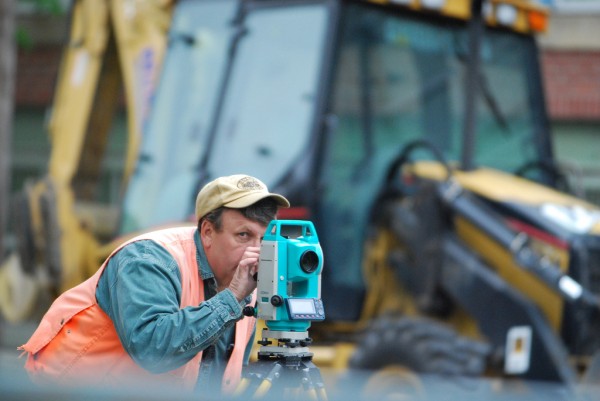 American history still acknowledges the great surveyors in our history. George Washington, the leader of the Colonial Army and first president started his career as a land surveyor, starting when he was only 16 years old and lasting several years. The accepted demarcation between the southern and northern states is the border surveyed from 1763 to 1767 by Charles Mason and Jeremiah Dixon still known today as the Mason-Dixon line. 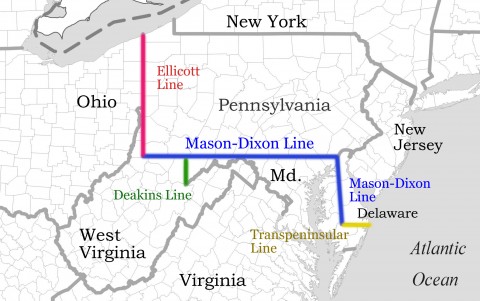 Over the years, a number of various instruments have been invented for measuring distance, direction, vertical and horizontal positions, time and astronomical location. Many have been overtaken by technology which has replaced several different instruments with all-in-one total solutions.

There are still some "old school" surveyors still in business, however to be truly competitive – and often to be in compliance with federal, state and local laws, regulations and ordinances – some form of high-tech laser-based, GPS-enabled, calibrated chronometer, and sometimes astronomically-capable device is not only necessary, but required.

Map tables are rarely used anymore, and the alidade has all but disappeared. The last application for this venerable optical device was the US Forest Service which used a specific type of alidade – a transit used in conjunction with a map table – for locating fires. Today, aerial location is generally much faster and more accurate in locating fires. 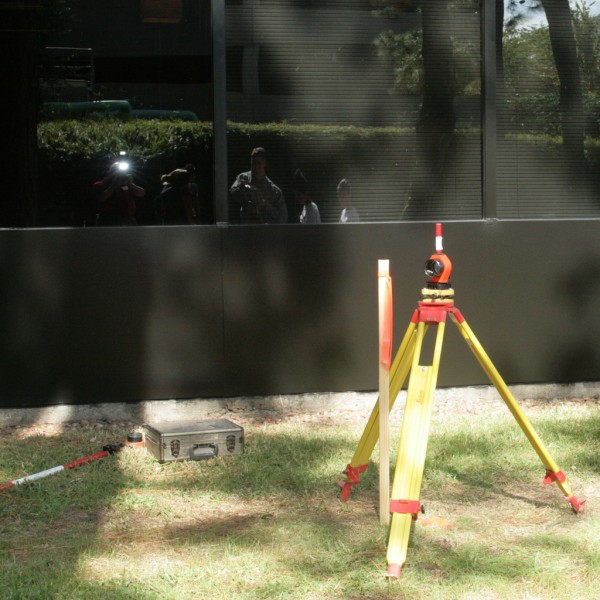 Todays most modern technology includes a combination of optics - to roughly orient the device, dual selectable lasers, prodigious amounts of memory to record tens of thousands of measurements, and dozens of jobs simultaneously, response times of calculations in less than a half second and accuracy rapidly approaching the parts per billion range. Affordable units can measure accurately to less than 2 parts per million.

There is a distinction between land survey instruments and contractor survey instruments. For the most part, routine home construction simply does not require the degree of accuracy an instrument measuring distances approaching 3 miles. Yet, construction transits and total solution systems have hardly been lagging the long-range high-tech units. Multiple synchronized lasers capable of 3-dimensional full 360 degree measurements can - and do - perform and record a number of operations simultaneously, literally at the push of a button. 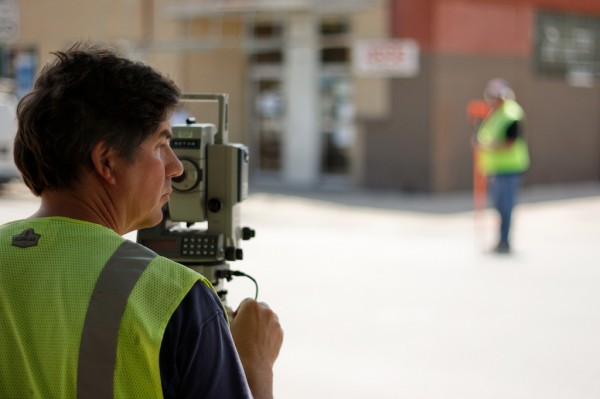 The most sophisticated land survey equipment is owned and used by the US Geodetic Survey - the department of NOAA that does the actual on-site mapping - and the National Geodetic Survey who manage the databases teams. They use very advanced real-time networks in conjunction with continuously operating reference stations in a high-accuracy reference networking environment to constantly check terrestrial benchmarks and make the requisite adjustments to account for movement of the earth from tectonic plate shift, earthquakes, and similar terrestrial events.

The technology of surveying is constantly changing. The days when chains to measure distance; stadia to determine elevation and distance; plumb bobs to ensure the device is vertical in relationship to the center of the Earth; clinometers to measure grade or slope and similar above or below the horizontal plane; levels to ensure perfect horizontal alignment; and, even some of the more advanced optical theodolites and transits have succumbed to the laser, satellite radio and computer revolution.

While high-tech solutions are ideal, they can be very expensive. If the application is fairly basic, and astronomically accurate measurements are neither required or necessary, the instruments used throughout the last century are just fine to use. There is a good argument to be made that learning the old methods sets the concepts firmly in the mind of the surveyor. With an appreciation of the old methods, a sense of the history and technology creates a sense of pride and accomplishment for a job well done. 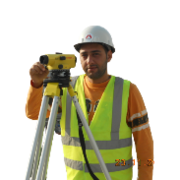