Of all the ancient maps, this one was surely the most influential. As Jerry Brotton writes in A History of the World in 12 Maps, Claudius Ptolemy’s remarkably comprehensive Geography — completed around 150 A.D. — “would come to define mapmaking for the next two millennia.” It wasn’t a map in the standard format, but an eight-volume book that claimed to describe the entire known world according to mathematical principles, with longitudinal and latitudinal coordinates for various locations. It boasted an astonishing 8,000 place names, including regions as far flung as Iceland and China. As with the Peutinger Table, the originals are lost. Likewise, the oldest known version comes from 13th-century Byzantium, where scholars resurrected the map that would dominate and inform cartographic efforts for centuries to come. 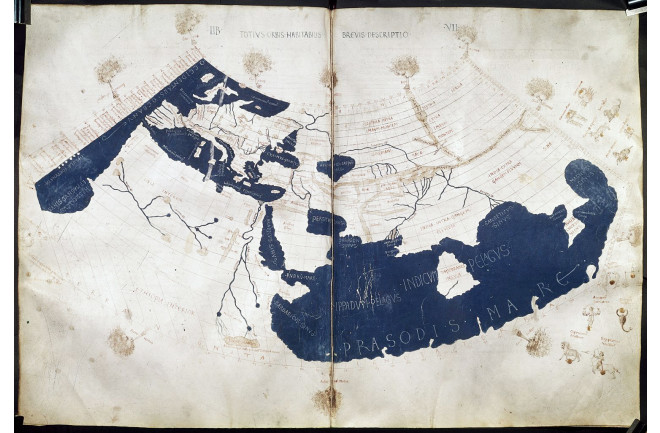