The mountain-dwelling people of northern Italy etched the Bedolina map into glacially polished granite in Valcamonica, a valley that contains one of the world’s greatest collections of rock art. The 8-by-14-foot petroglyph stands among hundreds of thousands of others, likely created in the first millennium B.C. It’s many abstract symbols are supposed to depict buildings, fields and paths, among other things. Scholars disagree, though, on whether the map was meant as a portrayal of an actual geographical area, or only as a symbolic statement — about the relationship between its creators and their environment, for example. 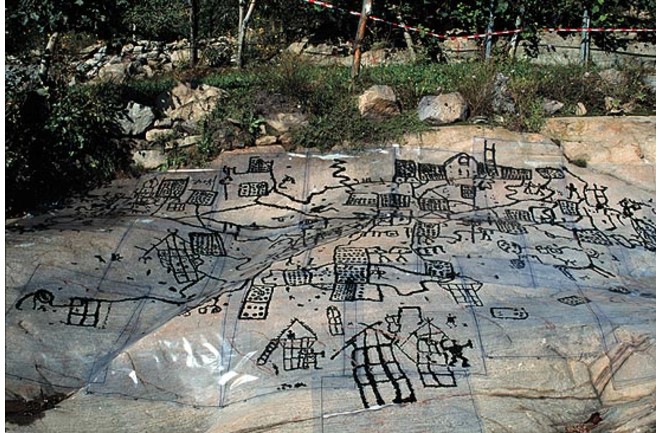