The earliest known attempt to show the Earth in its entirety was the Imago Mundi, or Babylonian map of the world, thought to date to around 600 B.C. The city of Babylon itself figures as a large rectangle, bisected by another rectangle representing the Euphrates River. A few neighboring cities dot the area nearby, and surrounding them all is a ring labeled the “Salt-Sea.” Beyond this circular waterway lie eight islands inhabited by legendary beings.

The Imago Mundi is just one of many maps inscribed in the clay tablets of Mesopotamia. It seems to be unique, however, in its scope. “Most ancient clay maps are large-scale representations of small areas, showing irrigation, fields and, most surely, ownership,” John O. E. Clark writes in Maps that Changed the World. They are also quite precise. “In contrast,” Assyriologist Wayne Horowitz writes, “the relative size and location of many of the features on the World Map seem preposterous.” But for its purpose — to mythologize, not to settle land disputes — it probably served just fine. 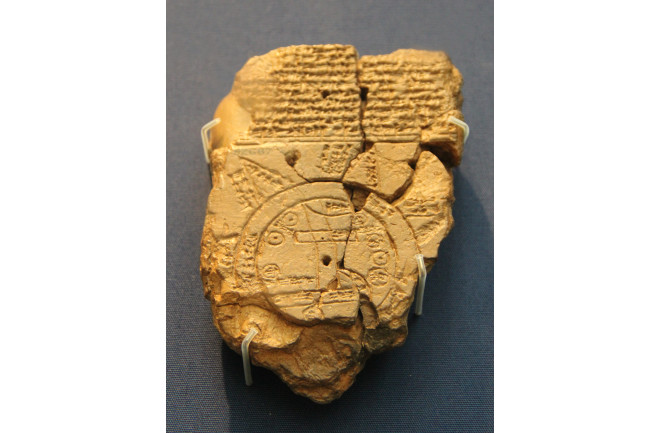