The stamp block shows the path of the Struve Geodetic Arc through ten countries, highlighting Latvia's geodetic points Jēkabpils and Sestukalns. These sites are not only parts of the national geodetic chain, but also notable cultural monuments.

The Arc, stretching 2820 km through ten countries from the coast of the Arctic Ocean in Norway to the mouth of River Danube at the Black Sea, reminds about the international geodetic surveying works organized by the astronomer F. V. G. Struve in the beginning of the 19th century. They significantly influenced the course of development of science and helped establish the exact size and shape of the Earth.

The Struve Geodetic Arc is a chain of survey triangulations stretching from the Black Sea to Norway’ northern coast on the initiative of Friedrich Georg Wilhelm Struve (1793-1864) for the measurement of the shape and size of the planet Earth. The measurement of the arc is an exceptional example of different countries scientists’ and monarchs’ cooperation with a scientific aim. The length of the arc is 2,820 km. When the arc was created and more than a century later it was the longest measured meridian arc. It passes through the territory of today’s Norway, Sweden, Finland, Russia, Estonia, Latvia, Lithuania, Belarus, Moldova and Ukraine. The original arc consisted of 258 main triangles and 265 main station points. Thirty-four of the original station points today survive, and three of them are situated in Estonia, one in the Tartu Observatory and two in Simuna in the West-Viru County. Since 2005 the Struve Geodetic Arc is a UNESCO world heritage site.

Struve was born at Altona 15.4 1793, in what is now Germany, the son of Jacob Struve (1755–1841), and was the second of an entire family of astronomers through five generations. He was the great-grandfather of Otto Struve and the father of Otto Wilhelm von Struve. He was also the grandfather of Hermann Struve, who was Otto Struve's uncle.

In 1808 he entered the University of Tartu in the Russian Empire, where he first studied philology, but soon turned his attention to astronomy. From 1813 to 1820 he taught at the university and observed at Dorpat Observatory in Tartu, and in 1820 became a full professor and director of the observatory.

Friedrich Georg Wilhelm von Struve remained at Tartu, occupied with research on double stars and geodesy until 1839, when he founded and became director of the new Pulkovo Observatory near St Petersburg. Among other honors, he won the Gold Medal of the Royal Astronomical Society in 1826. He retired in 1861 due to failing health. He died 23.11.1864. 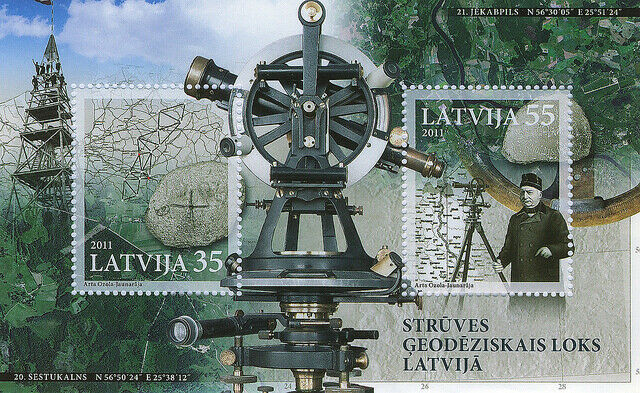