Texas Surveyors Hub and Forum is a Surveyor 2 Surveyor support Hub for TSPS members on the network, professional land surveyors and LSU members who live and survey in the state of Texas, USA. Tell us what its like to be a Texas Land Surveyor!

Despite the fact that the Texas Board of Professional Land Surveying contributes more than half a million above and beyond it's operating cost to the Texas School and General fund a year Governor Perry has moved to suspend it's operations. Special interest groups like the Title Insurance firms are behind this move. They falsely claim the TBPLS costs the state 600,000 dollars a year to operate and this money could be "saved" by eliminating them. This is just a thinly veiled attempt to completely take Land Surveyors out of the picture and allow Title Insurance firms to collect their fees by offering a product that is not a Land Survey to replace it. This product is called "Express Maps." "Express Maps" are nothing more than a compilation of information available for free on the web. Tax mosaics are superimposed over google style images and then sold more cheaply than a Land Survey. The Title Insurance firms have also dropped the requirement for a Land Survey deletion using a Land Survey if an "Express Map" is purchased from them.

Here is a copy of the email message sent to me by the Texas Society of Professional Surveyors.

"As some of you are aware we received notice from Governor Rick Perry’s Office as well as from public sources that the Governor’s Office has proposed the possible suspension of the Texas Board of Professional Land Surveying. TSPS and the Government Affairs Committee have been in communication with TBPLS and are monitoring this situation. At this time we are gathering as much detail as we can concerning the true proposed plans/intentions of the Governor’s Office.

Contained in the Governor’s Draft budget (released after this morning’s State of the State address) is a statement to: Suspend the Board of Professional Land Surveying, saving $881,000 in addition to the reductions proposed by the Legislature. TSPS is securing appointments with key leaders in the House and Senate to determine what options may be available.

I assure you that TSPS is taking this situation very seriously and will keep our membership informed as new information arrives.

My suggestion is that all Land Surveyors in the state of Texas immediately move to oppose this proposal. Write a letter to Governor Perry now. Contact your local state representative or senator and write them a letter. We must stop this move because it will harm the public and there is no basis for it's implementation.

Following Footsteps Once upon a Time. Calling to surveyors in the Abilene area, TX. 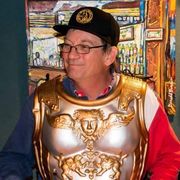 Anyone working in Gaines County?

Surveys filed in Limestone County, anyone working in that county lately?