Everyone has at least one Odd or Funny experience in their past. Please feel free to post it here.

Just guess how this happened...     In the morning when my partner and I set up our GPS base station equipment on a control point we were greeted by two horses who were quite interested in what we were doing.  I didn't pay much attention to the way one of the horses seemed to be particularly interested in the nylon strap at the base of the "offending limb" of the yellow tripod, so my partner and I continued down the road to gather RTK positional data, then returning to the base station to find… 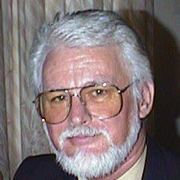 FREEDOM OF THE PRESS,                        Dingo is a small town located just across the railway line from the Capricorn Highway near Rockhampton in Queensland, Australia. The origin of the town’s name is shrouded in mystery – some say a railway surveyor saw a dingo on the creek bank and gave the town its name whilst others say that Moses Wafer, an early pioneer, heard dingo’s howling at night and named the town after his camp site.A bronze statue of a Dingo is in the town commemorating the…

These pictures were taken near Moranbah at Peak Downs Central Queensland, Australia, where I was involved with an Electric Transmission Line easement survey in the early 1970s from Peak Downs to Saraji. The Survey camp of about 20 consisted of 2 Surveyors, chainmen, Grader and dozer drivers to clear lines, construct access tracks through the bush and Fencers to put up gates, where we crossed them, a mechanic to service the machinery and a cook.This picture shows the over burden being removed by… The electric fence and the steel tape

I'm just a student in my first year, so I don't know many stories, but I know one, that was quite embarrassing for me, but now, seen from some distance, was also quite funny.Before I started my studies, I did a internship at the local cadaster office. The most interesting days for me where the days when I could go out with a survey crew.One day we were on a somehow "alternative" farm with many little stables and sheds, partly build from old trailers (and even a big tipi tent). We had to survey…

Do you have a surveying story from the field that is slightly odd or funny? share it with us here...