These pictures were taken near Moranbah at Peak Downs Central Queensland, Australia, where I was involved with an Electric Transmission Line easement survey in the early 1970s from Peak Downs to Saraji. The Survey camp of about 20 consisted of 2 Surveyors, chainmen, Grader and dozer drivers to clear lines, construct access tracks through the bush and Fencers to put up gates, where we crossed them, a mechanic to service the machinery and a cook.

This picture shows the over burden being removed by a dragline machine at the open cut mine Peak Downs site, to which we were supplying electricity. Sundays was our day of leisure at a Survey Camp when we caught up with our washing, tended the veggie garden and fattened the wild pigs for the kitchen table. 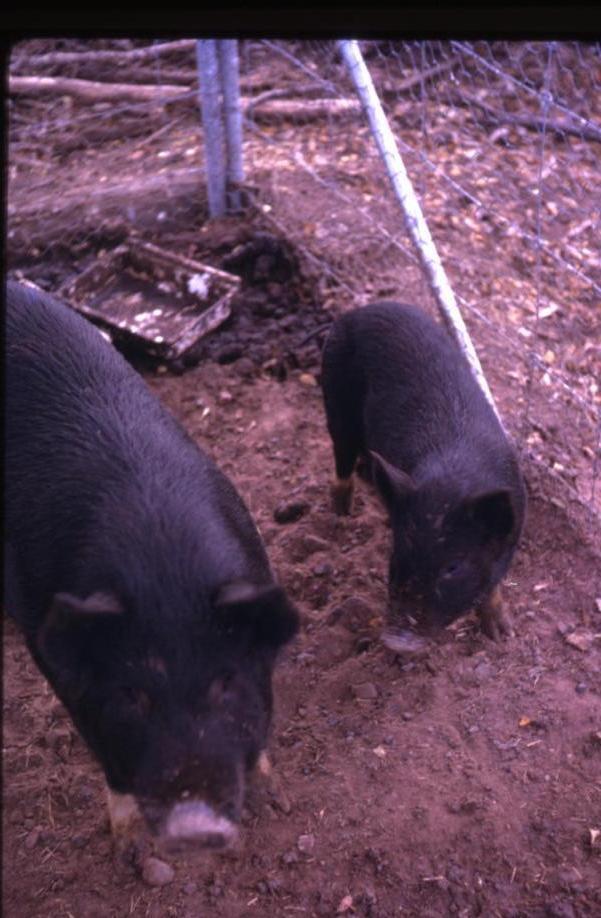 We were in camp for a month at a time after which we flew back home to Townsville in a Cessna for a long weekend. At the Peak Downs Survey Camp one Sunday, a mechanic while doing his washing asked me, whether my shorts had got tangled up with his. He showed me the shorts which I did not recognise as mine and I asked him why he had asked me. He produced a receipt from the pocket and showed me, it was from Bunnings Timber Yard in Wynnum, Brisbane made out to Nick de Weger. I was aghast! The receipt was to my father Nick de Weger (same name) and the machanic said the shorts had came from the Vinnie’s (Saint Vincent de Paul) Rag Bag. I recognized them as Dad’s who was some 800 Kilometres away – unbelievable! Another thing that kept us amused at the Survey Camp was long before brewing kits found their way into the shopping market, we had a Cocky’ s (slang for farmer) recipe for home brew which we guarded jealously from miss-use. We diligently set out to make our own as the “Sly Grog” ute (pickup for you Yanks) which came around on Sundays to very remote camps charged an arm and a leg for their wares. The recipe worked great BUT the only water we had available was from a “turkey nest” bore beside which we were camped. You might see it in the above photo behind the latrines and showers.  The alcohol in the brew was 15% proof and after the first stubby there was no need to hold your nose anymore as you soon grew accustomered to the bore water smell, anyway after 1 stubby you didn't care any longer – WOW!

Those were the days - No electronics, but used Curtas and Trig Log Tables; the cooks were temperamental and at times the marital problems of a chainee lead him to drink half a bottle of rum before breakfast.  It was a Surveyor's lot to keep control and he did as there was still an amount of professional chivalry in those days. 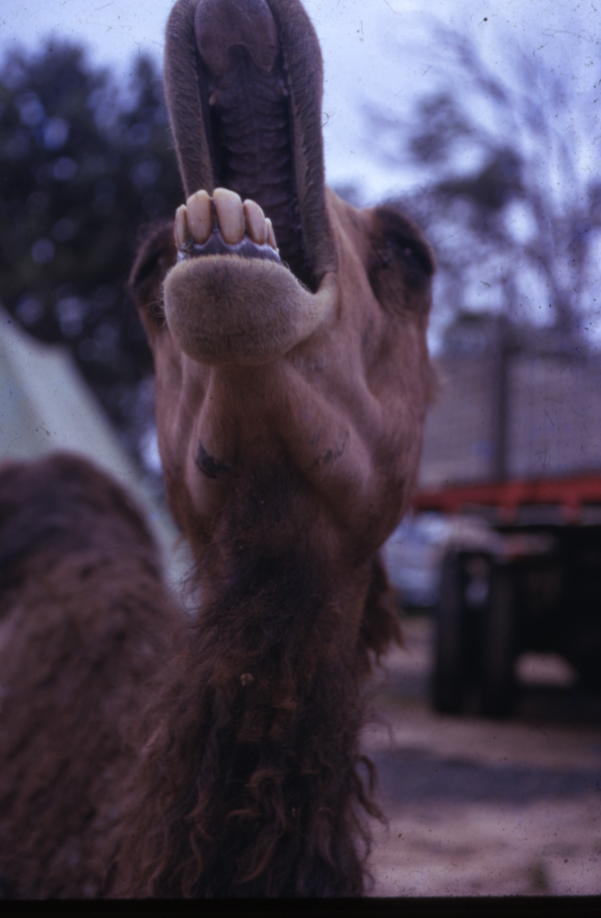 One of our visitors having a laugh.