Excel for Land Surveyors is a Hub for sharing helpful spreadsheet tools and applications to be used in the surveying field.

If you are new to the Excel Support for Land Surveyors Group, please start by adding a discussion and introducing yourself to the community! Start a new discussion to share a spreadsheet with your fellow land surveyors!

Use this group to leverage the power of excel spreadsheets and formulas in your daily land surveying adventures.. To add information to this group, simply start a new discussion and give it a catchy title, tags and thick description. Or simply respond to a discussion already created.

I did not know that there was a group for those of us that use EXCEL for survey work.  I started my career in the late 1980's.  Personal Computers were just starting to become popular.  EXCEL was an Apple or MAC based program.  I remember when it was made available for PC's around the same time Windows 3.1 came out.

Back then my career was just getting started.  I spent most of my time providing line and grade to bridge crews.  The ultimate end was for the bridge deck grades that included the dead load deflection along points on the beams.  The second company I worked for did not have computers in the job site trailers.  I remember having to buy my own.  The EXCEL spreadsheets were an integral part of building the bridges.

The spreadsheet I wrote in 1988 evolved over time the same way my career advanced.  Stations, Offsets, and Elevations became Northings, Eastings, and Elevations. And vice versa.  With the aid of ASCII files data was transfer from the field to EXCEL and the back again.  Later, of course, the .dwg file was introduced into the mix.  I use the .dwg file today to complement the EXCEL file.  Having the physical drawing in hand to lay on the hood of the truck helps the foreman to understand what we are doing.

Today it seems like construction layout does not start until the .dwg file is in hand.  Is this true?  Do we really need the .dwg file to "calc" our points?  How does the process begin on a project where there is no .dwg file? (designed years ago before the funding and only paper copies remain)

My web site is pglmacro.com. The site tries to offer an EXCEL spreadsheet that uses roadway alignments and user defined functions for the surveyor or draftsman.  I have not had much response.  Do our surveyors and draftsmen already have one?  Are they able to do their jobs efficiently with out one?

I would appreciate feedback from the group.  Thank you. 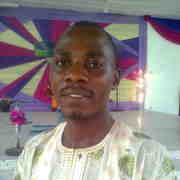 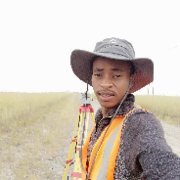 Started by Sibusiso Masilela in Spreadsheet for Surveyors EC-SM1000 Engineering Calculator with in built and user programming

EXCEL SHEET PROGRAM FOR AREA AND BACK COMPUTATION 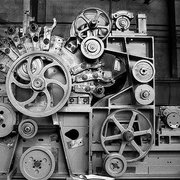 Started by chris correia in Other 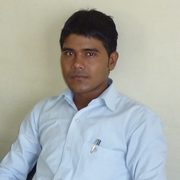 EXCEL SHEET PROGRAM FOR AREA AND BACK COMPUTATION