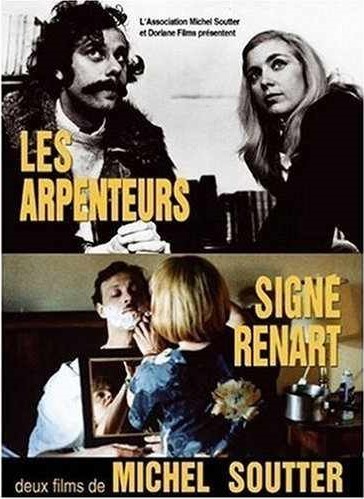 Lucien (a land surveyor) asks a friend, Léon, to carry to the woman he desires, Alice, a basket of provisions and to thank him for it offers him its cap. Léon seduces Alice, small brunette and admits later to his friend his "overflowings". Léon returns at Alice's home but it is not any more the same person; she is blonde and bears no resemblance to the woman the day before! One is sensual and welcoming, the other, mysterious and independent. Alice in Verbland! No drama, no action, a so "seventies" nonchalance... and the art of the conversation as the main subject of a delicious film, worn by remarkable actors (Marie Dubois, Jean-Luc Bideau and Jacques Denis). A wonderful, free and independent film!

About the Director of The Surveyors

Michel Soutter is a swiss director, born in 1932, died in 1991. With Alain Tanner and Claude Goretta, he was part of the major trio of the New Swiss Cinema of the 60's and 70's.

This version of The Surveyors is in French with English subtitles

This reply was deleted.
★
★
★
★
★
Votes: 0
E-mail me when people leave their comments –
Follow
Show Comments

You're only seeing half of everything.   Become a member and share your land surveying videos

Did you know that Hubs have videos too?  If you would like a more targeted audience for your videos, you can share your videos inside hubs based on any surveying topic, type of equipment or location.

Sharing your videos and those surveying videos you think will be helpful to other members of the community is incredibly simple.

Upload your Video to the community and describe the video and why you think it is useful to the community.  Use the Rich Text description area to link to more resources.

Embed a video that you found elsewhere from Youtube, Vimeo, etc.