Other software solutions are created to expedite production -  faster – not necessarily better.  From Land Surveying, City Mapping, Land Planning, Civil Engineering, Landscape Design, Architecture, Financial Modeling, and more, there has never been a single product that empowers YOU to deliver a significant improvement in quality – until now:  LandMentor.

Learn about the History of LandMentor and the revolutionary software they develop for land surveyors!

We recently published nine educational sessions that address many aspects of development designed to get people in the industry (developers, builders, consultants, and municipalities) to think differently during this weird pandemic time.

They are just 5 to 8 minutes long. If you find these of value, please pass them along, or link them.

The market should be different as we pull out of the pandemic – not sure how but different. These linked titles should help in future decisions.

My generation – us ‘free love and drugs’ Hippies were never going to be like our suburban parents who raised us.  Until the Detroit Riots of 1967, I was raised in a 1,100 sq.ft. three-bedroom brick home on Dartmouth street in Oak Park, Michigan, no garage.  That home (middle) as well as the neighbors (my grandparents lived in the home shown on the right) have not changed since they were built almost 70 years ago. My grand-father built our home and theirs. After the riots we moved to 7320 Muerdale St, West Bloomfield - a 1,600 sq.ft. home with a two-car garage on 1.2 acres.  Most of our neighbors fled Oak Park to much larger homes with multiple car garages on huge lots in the western suburbs. I went to Walled Lake Western High School, where many of my contemporaries spent the school days in a drunk or drug induced stupor.  I was fortunate as my ‘after school’ job was a draftsman/designer for Don. C. Geake & Associates, the leading community planning firm of the region.  I feared – how is my generation ever going to run this nation?

Us ‘hippies’ were never going to be like our parents, no way.  As time passed, we became an exaggeration of our parents wanting a bigger home, more cars, and just more stuff.  Somehow, my generation was able to run businesses and expand the nation.  Our offspring continued the trend of homeownership that was most affected by the market crash.  Their offspring (the Millennials) suffered through the recession and are additionally burdened by today’s absurd college debt.

During the past 52 years I’ve been in the planning business, I’ve learned the following truths:

A decade ago when the housing market crashed Urbanists rejoiced ‘death to the suburbs’. We were all going to live in dense urban cities and replace our cars with bicycles and buses.  In particular, the Millennial generation was to change the dynamics of that change.  But alas, as they matured and work hard for a living, they strive for a home to call their own – like generations past and those will in the future.

Rhodes Enterprises, Inc. a Real Estate Development company retained us to design ‘The Villas on Freddy’, a location in McAllen, Texas that attracts ‘Millennials’.  Nick Rhodes is President/CEO of Rhodes Enterprises, Inc., and its suite of companies including Esperanza Homes, and Rhodes Development.  Nick is a Millennial at 25 years old - who better to understand the market!  Nick represents what is different with his generation, growing up more interested in what Warren Buffet writes than lyrics of Beyonce.

Nick has been intimately involved with his family’s development and home building business from the age of 13, working summers in the business and demanded reports from his dad throughout high school.  At 25, he has 12 years of experience and may be one of the brightest young minds in home building business.  Nick received his undergrad in Economics from SMU in 3.5 years and immediately moved to McAllen to implement his aggressive growth plan for Esperanza Homes taking the helm from his father Mike at age 23.  At that time, both Mike and Nick took the LandMentor land developer training to learn the technology and design methods introduced in the book Prefurbia which was to be the foundation of many of their neighborhoods. 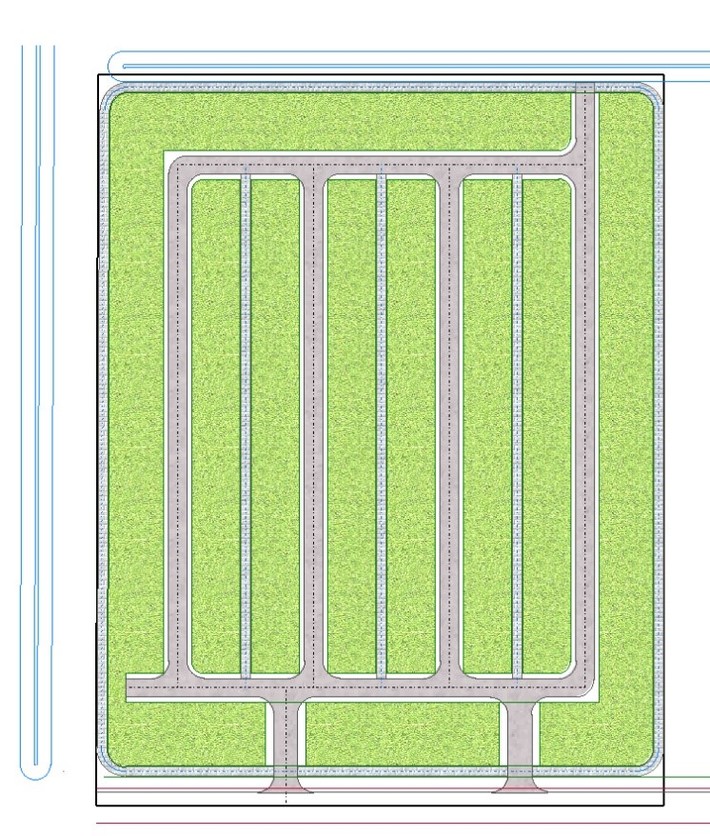 Figure 2 Initial street and alley pattern by the civil engineer

After deleting right of way area the 200 lots would have been an average 3,900 sq.ft. per lot.  The larger problem was that between the street and alley right-of-way the typical lot depth (without any setbacks) would be just 83’ deep!

Clearly, lot depth was going to be an issue especially with the desirability (market advantage) of a two-car garage and required setbacks.

The two ways to improve economics of development is to increase density, and/or decrease cost of construction by reducing infrastructure.

Previously, Nick commissioned us to redesign the future phases of Retama Village at Bentsen Palms in Mission, (Texas) which offered single family living for active adults.  Villas (coined ‘BayHomes’ in Prefurbia) were designed with considerable staggering to provide panoramic views of common open space from within living spaces in the homes.  We were to take the design advantages of Retama Village and apply it to this neighborhood.

The Villas at Freddy target market is both millennials and baby boomers. Young professionals 25-40 with no kids (yet) who desire a low maintenance single family lifestyle with amenities. Also 55+ who’s kids moved out but want to stay in McAllen with a low maintenance, attractive, and energy efficient home. 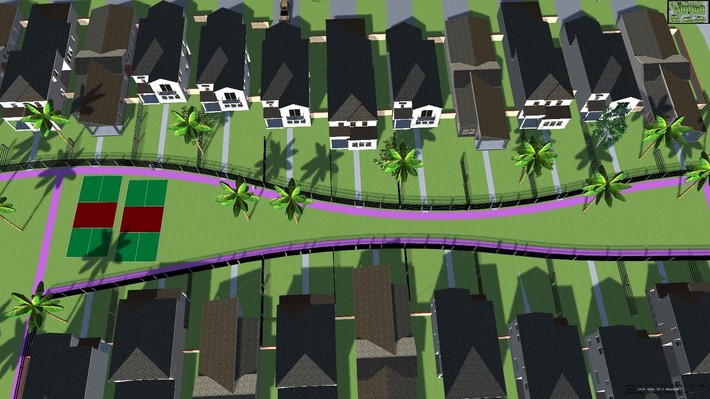 Working with Nick, we developed a new housing model that allowed higher density without sacrificing architectural character, pedestrian connectivity and safety, spaciousness, vehicular convenience, nor home footprint.  We came up with a new recipe specific Millennial and Empty Nest buyer, but not limited to it allowing values to remain for the next generation and those thereafter. 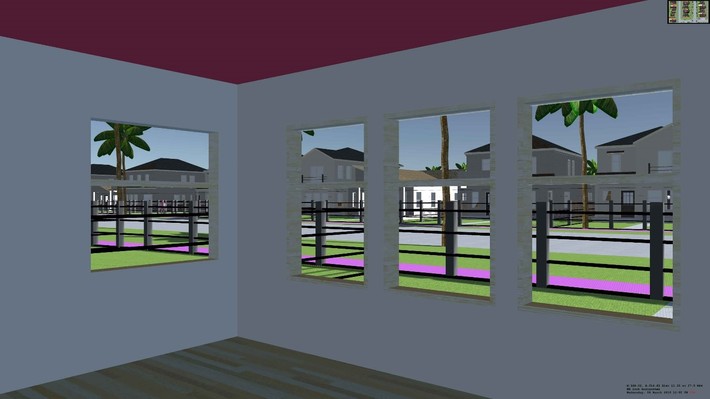 All homes would have a zero-lot line allowing the 10 feet between homes to be fully utilized by the resident and in addition to have an internal courtyard floor plan.

The typical architecture in McAllen, Texas has a Spanish theme. Nick choose to shake up the local market with an exciting contemporary with elements of the modern farmhouse look.

Like Craftsman, this unique blend should be timeless, not trendy, and it allows for a significant front porch better than the Spanish themes.

A problem with alley-based housing is one side is unappealing (alley) in favor to showcase home fronts along the street and sidewalks.  Typically, as density increases, greenspace is sacrificed – our goal was to increase space.  Along the north and east perimeters of the site, we wanted to ‘rear’ homes to those boundaries, thus changing the product to be served by the garage at the front of the home.  Those homes were made wider to add some curb presence. We also added more common space which did sacrifice some density (about 8 homes bringing the total to 192). A major problem with using any form of single family zoning is that planning commissioners and council members think of single family lots as something along wide public streets with deeper setbacks, and somewhat low density.  When proposing ‘BayHome’ units we use the existing townhome or multifamily regulations allowing us to use private lanes.  It also provides a bit more freedom in home placement which is critical if we want panoramic views of the commons from within living spaces.  Other than the wider homes along the north and east borders, all homes are designed to expand the perception of space, both inside and out.

If a city planning commission sees the neighborhood as bringing single family living to those otherwise forced into attached housing, they are likely to embrace the detached alternative.

All homes have a two-car garage with another two cars (or more) that can park behind the garage.  Some of the driveways are deep enough to park 4 cars.  In addition, we provided an additional 130 guest parking spaces! Instead of a traditional alley which in Texas is typically 10 to 16 feet wide, we used the same private lane standards that a typical townhome development would have, or at least we intended to use typical private lanes.   The original submittal was proposed to use 24’ wide lanes in a 30’ width between lot lines.  The city engineer required a private lane width of 30’ – a concession we did not agree with.

Again, as we began this article, there are two ways to make housing more affordable – more density (if the raw land is excessively expensive) and/or to reduce construction materials and cost.

Even with the excessive street and alley widths, the 0.86 acres of total street is 80% less than and the 2.84 acres of 30’ wide ‘alley’ paving is 14% more than the 16’ wide alleys of the original grid.  The total street and alley paving plummeted to 45% less as compared to the 6.69 acres the original plan (with far less alley widths) would have required. 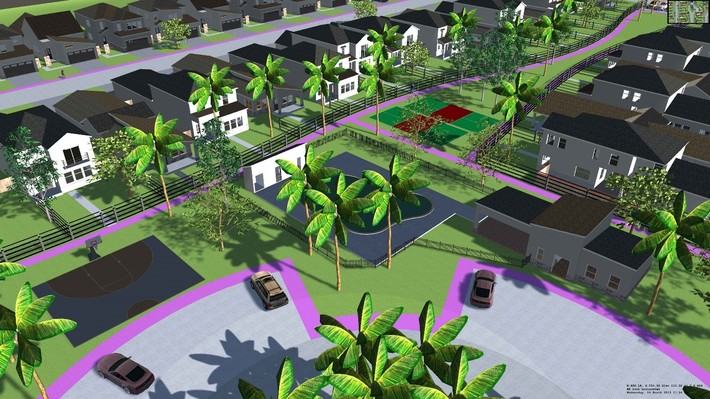 The community will have a gym, pool, pickle ball courts, dog park, playground, gated, many parks and green-spaces with miles of trails throughout its 26.7 acres. 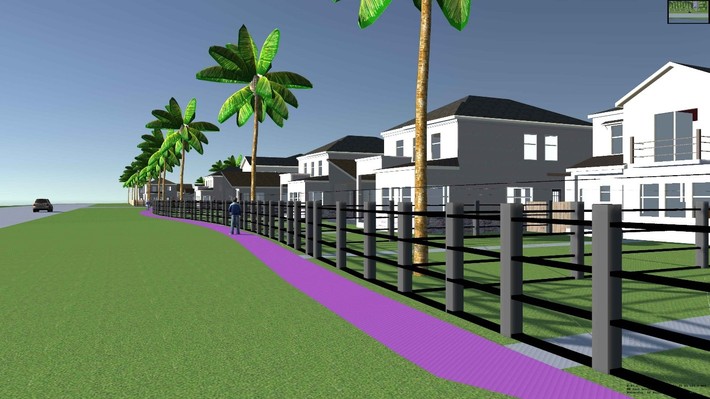 Other than the changes in pavement width, there were no material changes from the initial submittal and the plan. It was quickly embraced by most city staff and commissions, in part by the site and architectural design, and in part by the masterful job Nick did interacting with the city and communicating the benefits of the neighborhood as well as the outstanding reputation Rhodes Development has in the Rio Grande Valley. 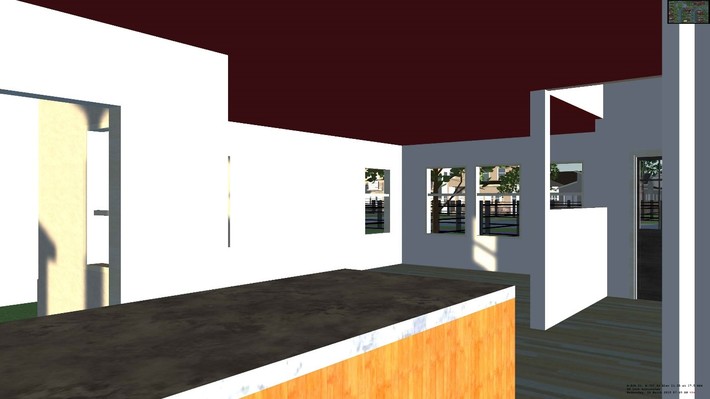 Figure 9  The interior layout of the homes are typically coordinated with views from inside, expanding perception of openness

Efficiency does not stop at the front door.

Every home will be spray foamed and average 40 % less utility bill of a standard home. Every home will also come smart home enabled standard.  There are 6 floor plans ranging from 1300 feet living to 2200 sq ft. with one and two-story options.  Prices will range from $179,900 to $230s. Competition?  There is no similar type of housing offering the design, function, pricing and features, but to put the Villas on Freddy in perspective, the 1800 sq.ft. ‘garden homes’ across the street start at $280k.

For sale or rent?

All homes will be for sale, but investors are allowed to buy them to rent.  Nick anticipates most will be for sale and owner occupied. For millennials, they can live there and rent out if they want to move up in a few years.

First conceived in March of 2019, the Villas on Freddy should break ground in a few months, before end of summer.

The Villas on Freddy represent a new era in home building with a greater attention to design detail offering a product to the consumer that obsoletes the cookie cutter model most others in McAllen produce.  Nick Rhodes goes that extra step to make sure every home setting is special with a greater attention to detail than his competition – to make sure the home is as special as the residents themselves that live in his neighborhoods.