GIS Support Group Forum is for Land Surveyors United members who work in GIS or specialize in Geographic Information Systems.  Share knowledge, resources and tips related to GIS in this group. 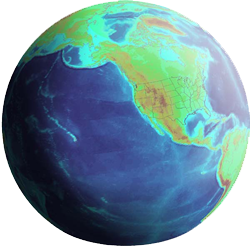 These days, the line which separates land surveying and GIS seems blurred for many. In fact, the interplay between the two is so conversational that some might say that they are merging. The history of land surveying has been discussed at length on this network but not much about the history of GIS. So i figured it was about time to open this discussion up, and what better place than the GIS group, right?

On the Origins of GIS

Any thorough and detailed history of GIS is not presently well understood because GIS technology evolved through multiple parallel but separate applications across numerous disciplines. But with a little research, one will find that throughout the 1800s and 1900s, the paper map was the layman’s navigational tool of choice. GIS has evolved out of a long tradition of map making. In many respects, modern day GIS dramatically increases the amount of information that can be contained and manipulated in a map. On the other hand, many of the same cartographic conventions and limitations apply to digital maps. It was accurate and reliable. During the latter half of the 20th century, the progression and technological advancements of paper maps came to a slow. At the same time, advances in technology sparked a human reliance on all things digital, notably data processing and communication.

During the 1960s, mapping software development began with Howard Fisher. Under Fisher, the Harvard Laboratory for Computer Graphics and Spatial Analysis was established. From there, GIS and automated mapping systems grew, and associated databases evolved. In 1968, the Environmental Science Research Institute (ESRI) was founded as a private consulting group. Their research on cartographic software tools and data structure revolutionized modern mapping, and they continue to set precedent in the GIS industry.

In 1970, instruments like Skylab enabled the collection of information about Earth on a fixed schedule. Data were constantly measured and updated, one of the primary advantages of GIS and GPS. The Landsat Program was established during this time, a series of satellite missions managed by the National Aeronautics and Space Administration (NASA) and the United States Geological Survey (USGS). Landsat obtained high resolution data at a global scale. Ever since, we’ve had an improved understanding of Earth’s dynamic surface, and man’s environmental impact.

Space based navigation and positioning systems were designed during the 1970s as well. The U.S. Department of Defense utilized GPS primarily for military purposes. Available for civilian use in the 1980s, GPS provide signals for the tracking of movement anywhere on the planet. GPS systems are not affected by topography or weather, making them reliable tools for navigation. Today, the IE Market Research Corporation expects a 51.3% global market increase for GPS products by 2014.

Finally in the late 1990s, GIS was being adopted slowly on the sub-municipal level by neighborhood organizations and community-based agencies. The development of ArcView for Microsoft Windows and ArcIMS, which enables distributed mapping and spatial analysis over the Internet and eliminates many of the hardware and licensing expenses of a full software package, has increased the availability of spatial data to marginalized and underfunded groups.

Further Reading on the Origins of GIS:

Mapping the Sense of Place

Do you have any information or historical findings that you'd like to add to this history of GIS?