LightSquared GPS is a problem!  We need more discussion on this topic because it affects every Land Surveyor on Earth.  This group will have to speak LOUD about the emerging threat to our GPS signals.  Unless every member here on LSU is willing to go back to the days before GPS we have to UNITE and voice our concerns about the legitimate threat of being shut down as a small group of users of the GPS constellation of sattelites.

In case you have not been informed, LightSquared (a private company that recently received a WAIVER FROM THE FCC to develop its 4G wireless network close to the GPS spectrum) continues to move forward with its planned activities; which could disrupt GPS usage.

If any member has news or other information on the developments on this topic, please share it here without fear of retribution.

This group provides information about potential interference to GPS receivers from the LightSquared communications network.

On January 26, 2011, the Federal Communications Commission (FCC) issued an Order and Authorization giving LightSquared conditional approval to build out its ground-based wireless network (referred to as an ancillary terrestrial component, ATC) by reusing its authorized mobile satellite service (MSS) spectrum. The approval is subject to further testing and FCC review (see below).

Why is the GPS community concerned?

The base stations of the LightSquared network will transmit signals in a radio band immediately adjacent to the GPS frequencies. The GPS community is concerned that LightSquared's ground-based transmissions may overpower the relatively weak GPS signal from space. Although LightSquared will operate in its own radio band, that band is so close to the GPS signals that many GPS devices could pick up the stronger LightSquared signal and become overloaded or jammed.

Some are also concerned that the FCC may approve a technical solution to the problem that requires millions of existing GPS users to upgrade or replace their devices.

What is being done to address the concerns?

In its Order and Authorization, the FCC required that LightSquared create a working group with the GPS community "to address interference concerns regarding GPS and, further, that this [working group] process must be completed to the Commission’s satisfaction before LightSquared commences offering commercial service." LightSquared has committed $20 million to the working group and appointed Charles Trimble of the U.S. GPS Industry Council to serve as co-chair.

The FCC ordered LightSquared to produce an initial report by February 25, progress reports each month thereafter, and a final report by June 15, 2011.

LightSquared cannot commence commercial operations of its terrestrial network until the FCC, "after consultation with NTIA [National Telecommunications and Information Administration], concludes that harmful interference concerns have been resolved and sends a letter to LightSquared stating that the process is complete."

Independent of the FCC-ordered study, the government's National Space-Based PNT Systems Engineering Forum (NPEF) is conducting its own testing of the potential interference to GPS from LightSquared's terrestrial network. View task statement for NPEF study.

How can people outside the government participate in the studies?

Companies, organizations, and individuals interested in serving as advisors to the FCC-ordered working group may email membership requests to [email protected]. Requests should include the name of the individual and company or organization represented, if applicable; and a brief biography covering applicable expertise.

The FCC has issued guidance for the conduct of the working group so that it will not trigger the requirements of the Federal Advisory Committee Act (FACA).

Due to FACA, the work of the NPEF is limited to U.S. government personnel and contractors. Unsolicited inputs may be submitted to Knute Berstis of the National Coordination Office, [email protected].

What is the Executive Branch position on this issue?

The government GPS community is working closely with LightSquared and the U.S. spectrum regulators to ensure that GPS users are protected from interference and unnecessary re-equipage.

Federal agencies are currently focused on conducting the technical studies needed to understand the interference effects and identify potential mitigations. Their analysis is ongoing through the NPEF.

Prior to the FCC Order and Authorization, multiple federal agencies expressed concern about potential GPS interference from LightSquared. On behalf of the Executive Branch, the National Telecommunications and Information Administration (NTIA) sent a letter to the FCC stating that the LightSquared proposal raised "significant interference concerns that warrant full evaluation" to ensure that federal agencies' use of GPS is not adversely impacted.

LightSquared-Sprint Contract Terminated; Business Case for GPS Threat EndsMarch 16, 2012Source:  gpsworld.comThe principal business prop under the LightSquared plan for ancillary terrestrial component (ATC) broadcast of a powerful signal that would have disrupted GPS operations dropped out from under the company on March 16, as wireless carrier Sprint terminated its $9 billion agreement with LightSquared. LightSquared had several such partnership agreements, but the Sprint deal was the largest,… 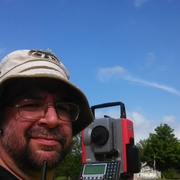 On the ropes, but not down for the count...

Here is an article describing how Lightsquared is preparing for the fight against the FCC http://www.electronista.com/articles/12/02/21/lightsquared.slashes.jobs.to.last.longer/We must not let our defenses down, this battle isn't over!

Lights Out for LightSquared

LightSquared Snuffed by NITA, FCC February 16, 2012 By: Eric GakstatterThe more than year-long battle between wireless start-up LightSquared and the GPS industry peaked earlier this week when the National Telecommunications and Information Administration (NTIA), tasked by the Federal Communications Commission (FCC) to study the potential interference problem between LightSquared's mobile wireless proposal and GPS receivers, issued a statement and report with the following conclusion:"The…