Tell us what you are learning and keep an on-going log of everything you learned!

Things You Can Do in Student Surveyors Hub:

Professors will soon have the ability to host and administer their entire classroom inside a hub of their own.  Stay tuned!

Unfortunately, most normal dictionaries are not very useful for the translation of surveying related technical terms. So for some things I don't know the English word.

The first things which come into my mind are these two tools:

This is the first one: http://upload.wikimedia.org/wikipedia/commons/f/f2/Doppelpenta.jpg 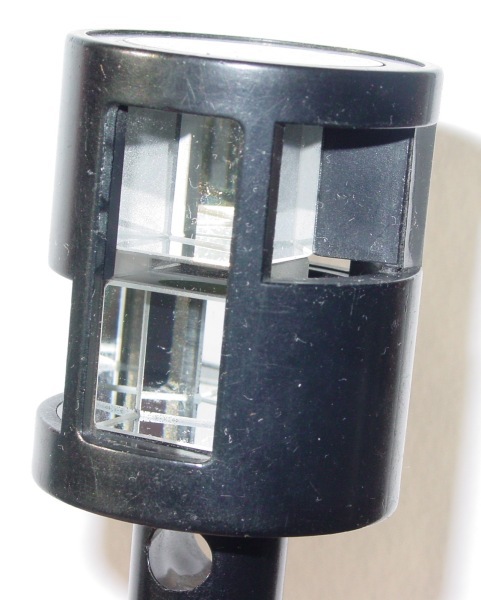 It is made of two pentagon prisms and it is used to determine right angles. Usually it is used together with a plumb bob.

It was once a very important tool when the so called "orthogonal method" was in use for German cadastral surveys: A baseline was defined by two control points (often established by a traverse), and for every point the distance along this line and the offset from this line was measured (with a chain or later with a steel tape) and recorded. The advantage was, that a theodolite was necessary only for the traverses; the later surveys could be done with simple tools as long as the control points where still in place.

The second tool I don't know the English name for is this: http://upload.wikimedia.org/wikipedia/commons/0/03/Lattenrichter.jpg It is used to hold i.e. a prim pole or a leveling rod vertically. (You could use a plumb bob, but this way it's easier.)

It would be nice if someone here could help me.