MAGNETIC STATIONS – The U.S. Coast & Geodetic Survey began magnetic observations in 1843. The original purpose was to supply magnetic information for the nautical charts, but later observations were extended into the interior to aid local surveyors. The plan was to establish a magnetic station at every county seat and to mark the station for future use. Unfortunately, cultural development eliminated the usefulness of many of the stations that were established. In 1942, the standard for magnetic observations was to make observations at least every 10 miles along a coast and more frequently when magnetic anomalies were found. Stations were marked with natural objects or with bronze or brass Magnetic Station disks. These disks were factory stamped “MAGNETIC STATION” and with a six-pointed star in the center. 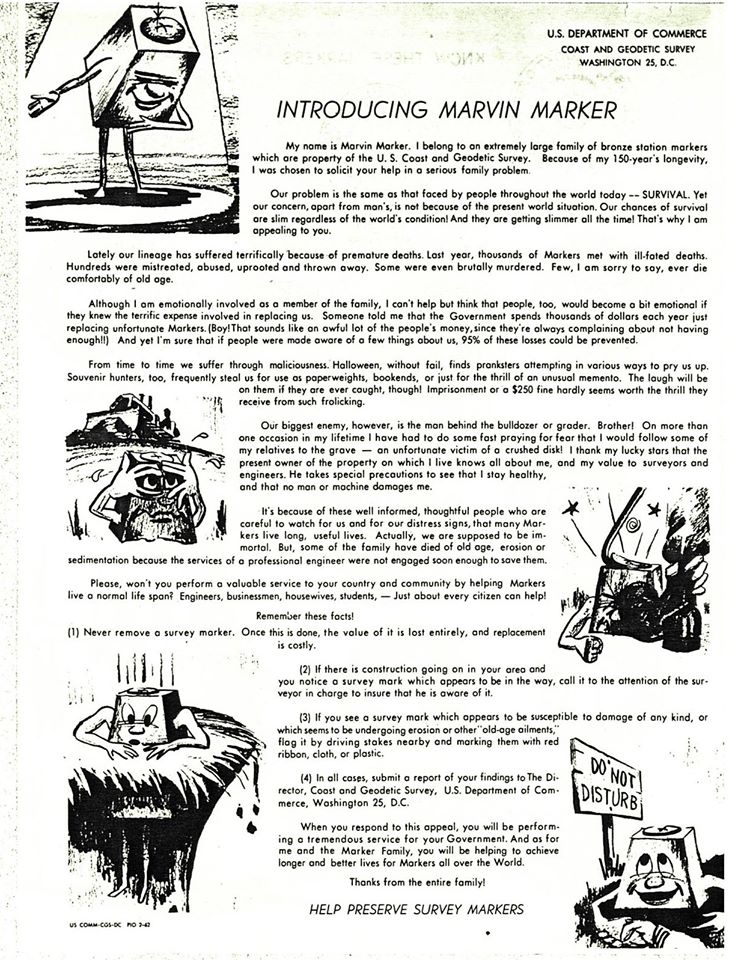