South Carolina Land Surveyors Group forum is for SCSPLS members on the network, professional land surveyors and LSU members who live and survey in the state of South Carolina, USA. Tell us all about surveying in South Carolina!

The South Carolina Society of Professional Land Surveyors honored the late Frances M.A. (Frankie) Manhardt of Eutawville by selecting her South Carolina Surveyor of the Year for 2013. 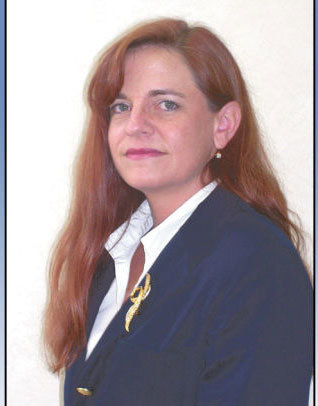 This honor was presented at the joint convention of the SCSPLS and the Surveying and Mapping Society of Georgia on July 20 at the Charleston Marriott in Charleston Accepting the award on her behalf were her husband and daughter, Michael and Amelia Manhardt.

The Surveyor of the Year Award is presented annually by the society to a surveyor who has made outstanding contributions to the profession of land surveying in the state.

Frankie Manhardt was born in Australia and kept her trademark accent through her years. In 1994 she received an associate’s degree in cartography while living in Darwin and working on a massive three-year project for the Australian government. She was responsible for converting the original English standard measurements to the metric system.

That same year, she met her future husband, Michael, and was married 10 days later. After traveling to the United States, they were stationed in Beaufort, where Frankie went to work surveying in 1998.

In 1999, the family relocated to Eutawville, and Frankie went to work at Davis & Floyd. She became registered in 2004, and by 2008, she was running the Charleston office of CHE Surveying. She became active in the Coastal Chapter of SCSPLS, as well as the state society, serving on the boards of both and becoming the first woman president of either group.

According to the SCSPLS, “Frankie served as the first female president of the coastal chapter and as the first female president of SCSPLS. She exuded excitement, joy, kindness and great determination in everything she did. She touched the lives of everyone she came in contact with. Frankie represented SCSPLS and the surveying profession well in her travels as president and unselfishly gave up her time to help promote the surveying profession whenever an opportunity arose.”

Frankie Manhardt died May 29 after a heroic battle against cancer.

“SCSPLS lost a leader and true pioneer in the surveying profession. Her love for her family, friends and coworkers was limitless and unconditional. Rescuing animals was one of the great windows into her heart and soul. It reflected her love and compassion for the less fortunate. Everyone who knew her knew for what she stood.”

Also at the convention, Col. Thomas R. Dion, PLS, PE was presented with the SCSPLS Life Service Award. Dion was nominated by fellow surveyors Kent C. Hudson, PLS and William C. Martin, PLS, PE because of his commitment to the surveying profession through his teaching, scholarship, service, and mentoring of surveying students.

Dion has taught at The Citadel since 1976, is a holder of patents pertaining to pumping systems both in and outside of the United States, and is the author of numerous papers as well as textbooks.

Meanwhile, Aaron F. Leach (a long-time member of Land Surveyors United) of Myrtle Beach was elected president of the SCSPLS at a business meeting held in June at DoubleTree Hotel in Columbia. Leach is employed by Rowe Professional Services Co. in Myrtle Beach.

Source: The Times and Demcrat