Mosquitos may be the most dangerous animal on the planet and yes, they are animals (Kingdom Animalia)
From Wikipedia, the free encyclopedia 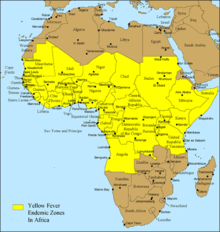 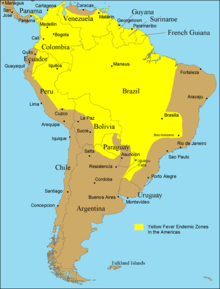 Mosquitoes are a vector agent that carries mosquito-borne disease, transmitting viruses and parasitesfrom person to person without catching the disease themselves.

Mosquitoes carrying these viruses stay healthy while carrying them because their immune system recognizes them as bad and "chops off" the virus's genetic coding, rendering it harmless. It is currently unknown how they handle parasites so they can safely carry them. Infection of humans occurs when a mosquito bites someone while its immune system is still in the process of destroying the virus's harmful coding.[1] Female mosquitoes suck blood from people and other animals as part of their eating and breeding habits.

When a mosquito bites, she also injects saliva and anti-coagulants into the blood which may also contain disease-causing viruses or other parasites. This cycle can be interrupted by killing the mosquitoes, isolating infected people from all mosquitoes while they are infectious or vaccinating the exposed population. All three techniques have been used, often in combination, to control mosquito transmitted diseases. Window screens, introduced in the 1880s, were called "the most humane contribution the 19th century made to the preservation of sanity and good temper."[2]

Mosquitoes are estimated to transmit disease to more than 700 million people annually in Africa,South America, Central America, Mexico and much of Asia with millions of resulting deaths. InEurope, Russia, Greenland, Canada, the United States, Australia, New Zealand, Japan and other temperate and developed countries, mosquito bites are now mostly an irritating nuisance; but still cause some deaths each year.[3] Historically, before mosquito transmitted diseases were brought under control, they caused tens of thousands of deaths in these countries and hundreds of thousands of infections.[4] Mosquitoes were shown to be the method by which yellow fever andmalaria were transmitted from person to person by Walter Reed, William C. Gorgas and associates in the U.S. Army Medical Corps first in Cuba and then around the Panama Canal in the early 1900s.[5][6] Since then other diseases have been shown to be transmitted the same way.

Mosquitoes are a perfect example of one of the many organisms that can host diseases. Of the known 14,000 infectious microorganisms, 600 are shared between animals and humans. Mosquitoes are known to carry many infectious diseases from several different classes of microorganisms, including viruses and parasites. Mosquito born illnesses include Malaria, West Nile Virus, Elephantiasis, Dengue Fever, Yellow Fever etc. These infections are normally rare to certain geographic areas. For instance Dengue Hemorrhagic Fever is a viral, mosquito borne illness usually regarded only as a risk in the tropics. However, cases of Dengue Fever have been popping up in the U.S. along the Texas-Mexican border where it has never been seen before.

The mosquito genus Anopheles carries the malaria parasite (see Plasmodium). Worldwide,malaria is a leading cause of premature mortality, particularly in children under the age of five, with around 2 million deaths annually, according to the Centers for Disease Control.

Some species of mosquito can carry the filariasis worm, a parasite that causes a disfiguring condition (often referred to as elephantiasis) characterized by a great swelling of several parts of the body; worldwide, around 40 million people are living with a filariasis disability.

Viruses carried by arthropods such as mosquitoes or ticks are known collectively as arboviruses.West Nile virus was accidentally introduced into the United States in 1999 and by 2003 had spread to almost every state with over 3,000 cases in 2006.

Culex and Culiseta are also involved in the transmission of disease.

A mosquito's period of feeding is often undetected; the bite only becomes apparent because of the immune reaction it provokes. When a mosquito bites a human, she injects saliva and anti-coagulants. For any given individual, with the initial bite there is no reaction but with subsequent bites the body's immune system develops antibodies and a bite becomes inflamed and itchy within 24 hours. This is the usual reaction in young children. With more bites, the sensitivity of the human immune system increases, and an itchy red hive appears in minutes where the immune response has broken capillary blood vessels and fluid has collected under the skin. This type of reaction is common in older children and adults. Some adults can become desensitized to mosquitoes and have little or no reaction to their bites, while others can become hyper-sensitive with bites causing blistering, bruising, and large inflammatory reactions, a response known as Skeeter Syndrome.